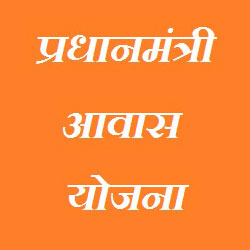 Sale of application form and registrations period for flats in Pradhan Mantri Awas Yojana Boriyakhurd Raipur will start from 13 December 2016. And people who are willing to avail the benefits of the scheme can apply till 31 December 2016 which is the last date of registrations.

Before the launch of the scheme, RDA Raipur received 1512 applications for 944 LIG flats in RDA Raipur Inderprastha Housing scheme. The scheme was also launched under Pradhan Mantri Awas Yojana.

The construction work of houses at Boriyakhurd Raipur under Pradhan Mantri Awas Yojana to be completed in the period of 2.5 years.

The scheme is offering 2BHK flats in the super area of 836.16 square feet which includes a carpet area of 519 square feet and build-up area of 591.34 square feet. The estimated cost of single units in RDA Boriyakhurd housing scheme 2016 is Rs. 7.86 lakh.

Facilities to be offered under PMAY in Boriyakhurd:

Payment for the registration of houses under the scheme can be done through net banking.