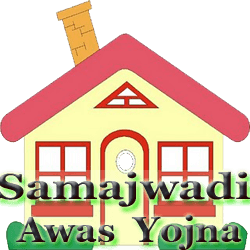 Current Uttar Pradesh government will stop the Samajwadi Awas Yojana launched by earlier government for the construction of affordable houses for weaker section of the society. The government is planning to cancel the licence of the builders who had not constructed houses under the scheme.

The SP government claimed the construction of three lakh houses under the scheme, but the source informed that the government has not completed the 10% of total work.

SP government announced Samajwadi Awas Yojana in 2014 to provide the affordable houses to middle income group and lower middle income. And on 2nd May 2015, CM Akhilesh Yadava launched this scheme with the target to construct three lakh houses in urban areas.

The point of note is that the time period of 2 years is on its end but till now even the work of 10% houses has not started.

The source informed that 132 private builder applied for the scheme of those 106 registered by providing them a licence. Out of 79 DPRs (Detailed Project Report) of these developers, only 41 got the approval. Except development authorities and Awas Vikas Parishad, most of the private builder are not building houses. After taking benefits of the scheme, many developers are not constructing house and licence of these developers would be cancelled.

Under Samajwadi Awas Yojana, the cost of housing units upto the size of 75 square meter was decided in the range of Rs. 15 lakh to Rs. 30 lakh.