Allahabad Development Authority has extended the last date of application submission for the allotment of flats in ADA Saras Vihar Yojana Jhunsi and Jagriti Vihar Samajwadi Awas Yojana Kalindipuram upto 30 April 2016. It is an another option for those who had not yet applied for the schemes.

The registration for Saras Vihar Yojana were started on 11 March 2016 and the registration for Jagriti Vihar Samajwadi Awas Yojana were started on 14 March 2016. The authority has offering 64 flats in Saras Vihar Yojana however in Jagriti Vihar Samajwadi Awas Yojana around 297 flats are available for allotment.

Both the schemes has offering affordable housing to different segments of the society and interested applicants can apply for the scheme upto 30 March 2016. 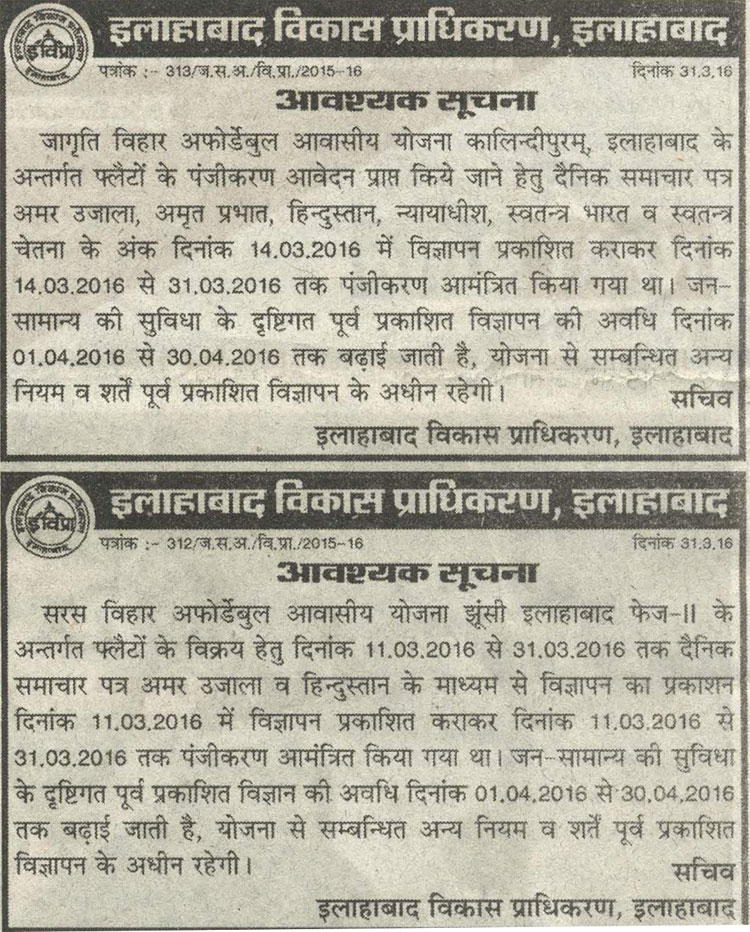