Allahabad Development Authority has extended the registration period for ADA Jagriti Vihar Awasiya Yojana 2016 at Kalindipuram. Earlier, the last date of applications submission for was 30 September 2016 which has been extended upto 29 October 2016.

The decision was taken on the demand of applicants. The registration for flats in ADA Jagriti Vihar housing scheme were started on 1 September and the authority has offering 278 flats middle income group of the society. And flats in the scheme are located in Jagriti Vihar, Kalindipuram.

The authority has published a notification on the official website of ADA Allahabad at http://adaallahabad.in/ to inform the general public so that maximum people can avail the benefits of the scheme. 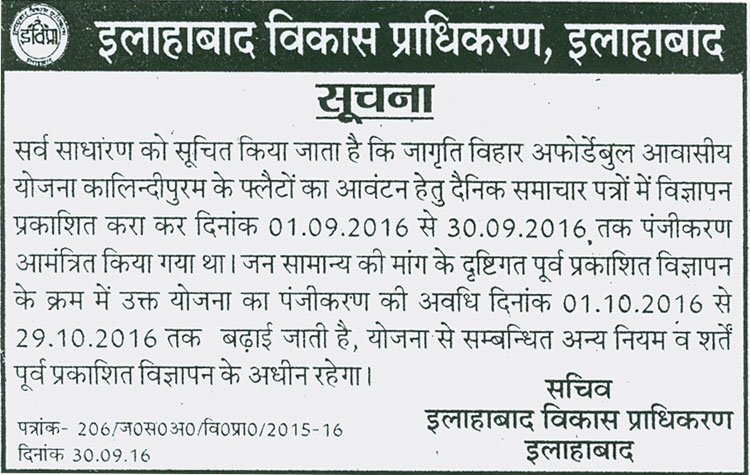 For more details visit the official website of ADA Allahabad at www.adaallahabad.in