Ghaziabad Development Authority has extended the registration period for GDA Madhuban Bapudhan Housing Scheme 2016 under Samajwadi Awas Yojana. Now applicants who had not applied for GDA new housing scheme 2016, can avail the benefit till 9 September 2016.

Earlier, the regisration priod was 25 July to 24 August 2016, which has been extended upto 9 September 2016. The decision was taken by the authority on the request on home seekers who had not applied for the scheme in the registration period. Not its is second chance for those applicants to avail the benefits of this beautiful opportunity of GDA. 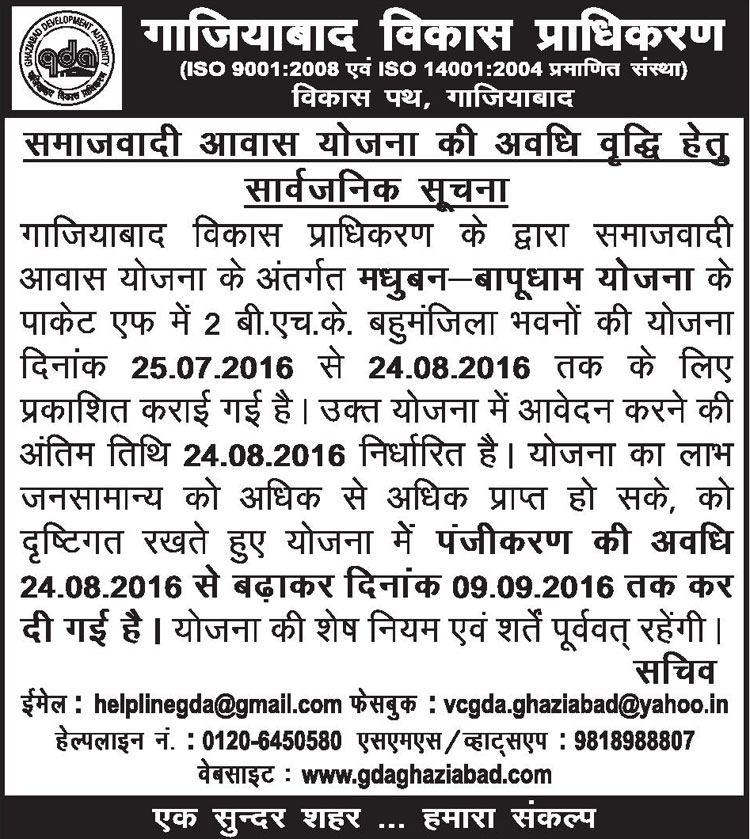 For more informaiton visit the official website of GDA.