The authority has uploaded an official notification regarding to the extension of the last date of BDA Bangalore flat scheme 2016 for 3512 flats.

The scheme has offering 1BHK, 2BHK, 3BHK and 4BHK flats for sale and the people belongs to any category can apply for the these housing units. 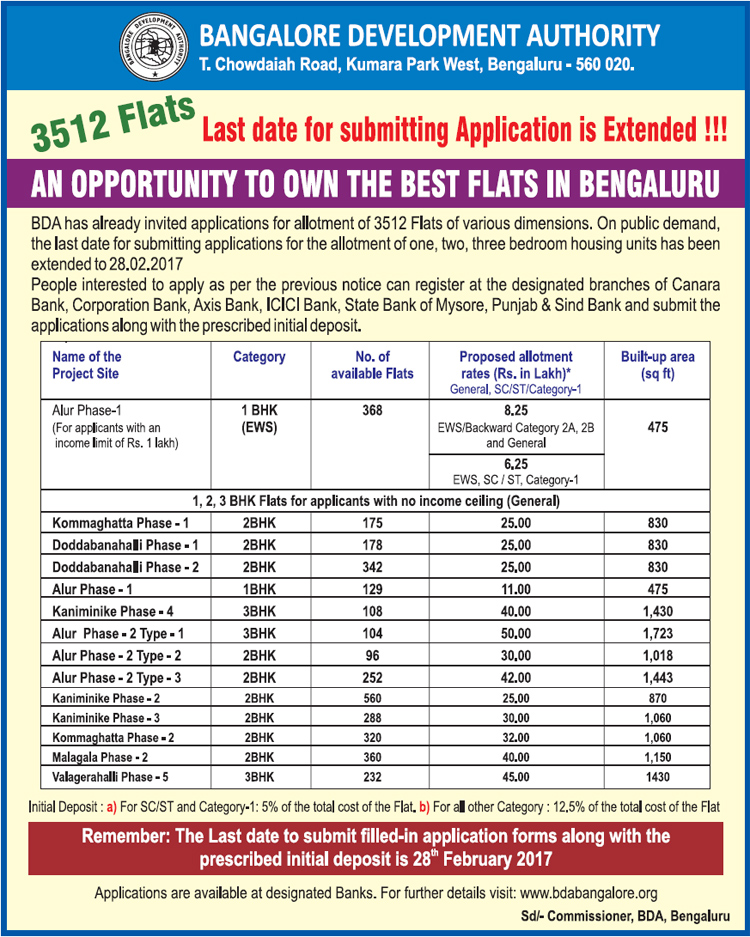 Other details like how to apply, details of flats, location, eligibility and list of bank branches can be obtained from the link below: