Applications for the allotment of flats in UPAVP New Housing Scheme 2016 are being offered through both online and offline mode of registration from 6 April to 31 May 2016.

How to Apply for UPAVP New Housing Scheme 2016 under Vrindavan Yojana at Sector-3 Lucknow:
Registration for the scheme will starts from 6 April 2016 and application form for the scheme will be available in the bank branches at the cost of Rs. 500/-. It could also be obtained from Uttar Pradesh Awas Vikas Parishad, 105 Mahatma Gandhi Marge Lucknow by paying Rs. 500/-. Dully filled application form to be submitted in the bank branches along with the registration amount at the same bank branches.

List of Bank Branches for Sale and Receipt of Application Form: 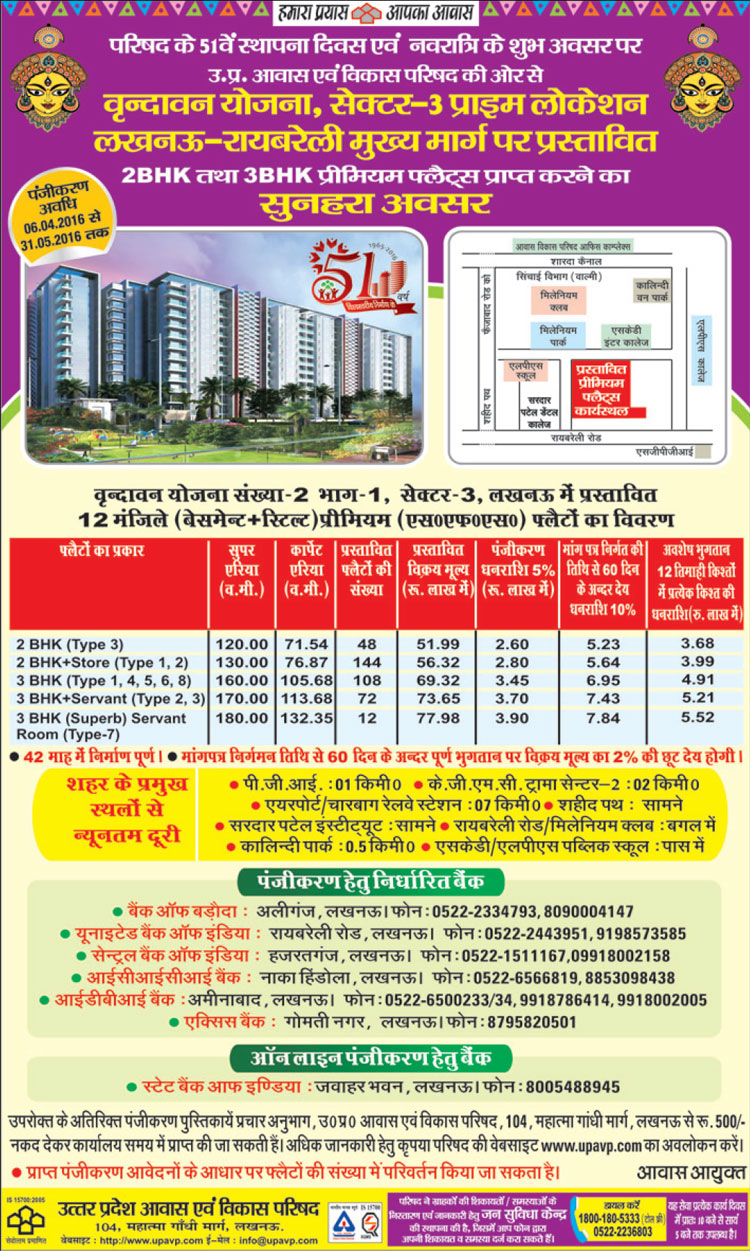 For further details visit the official website of UP Awas Vikas Parishad.