Telangana government has issued guidelines for the LRS (Land Regularization Scheme). Issued order allowing for regularization of place. The LRS application form has to be filled online till 15 October. The Telangana govt. has made the LRS scheme available, declaring August 26 as the cut-off date. The Telangana Municipal Department has provided an opportunity to… Read More » 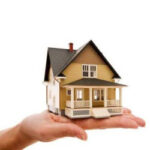 The government`s flagship programme of 2 BHK housing scheme at Kollur in the city outskirts where 15,660 flats are being built in 125 acres of land will be completed by March 2019.Nearly 1 Lakh people will reside at this place once the project is completed. It is said to be one of the biggest and… Read More » 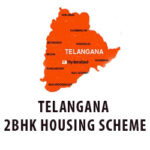 2-Bedrrom Housing Scheme: On the occasion of Independence Day, the Roads and Building Minister, T. Nageswara Rao has laid the foundation stone for the construction work of 400 two-bedroom houses at YSR Nagar in Raghunadhapalem mandal under Khammam Assembly constituency. The estimated cost for the construction of these housing units is Rs. 24.20 crore. According… Read More »

Telangana 2BHK Housing Scheme: On Monday, 16 November 2015, the Chief Minister of Telangana, Mr. K Chandrasekhar Rao has inaugurated 369 houses at IDH Colony in the city under the scheme. After inauguration, he said in his statement that the state government has plans to construct 60,000 2BHK houses with title needs for poor. According… Read More »

Telangana 2BHK Scheme: Central Government has released Rs. 179 crore for the implementation of 2BHK houses under Telangana 2BHK Housing Scheme for poor. The scheme was launched on 22 October 2015 on the auspicious occasion of Vijay Dashami. Under this scheme the government has set their target to construct about 60,000 homes for in 10… Read More »

Telangana 2BHK Housing Scheme: The government of Telangana has issued the order to begin the construction under the scheme at Medak district. The order to construct 285 bedroom two-bedroom houses for beneficiaries of weaker sections in Medak district has been issued and the project will begin first in Erravelli village in Jadgdevpur mandal. The order… Read More »

2-BHK Housing Scheme: Launching date of 2BHK Housing Scheme of TRS (Telangana Rashtra Samithi) Government has been set and would be launched the eve of Dassehra on 22 October 2015 in all 119 assembly constituencies. The CM and TRS President K Chandrashekar Rao directed the party MLAs and MLCs to take major steps for launching… Read More »