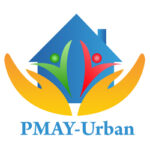 The Ministry of Housing and Urban Poverty Alleviation (MHUPA) has sanctioned over 1,00,000 more houses under Pradhan Mantri Awas Yojana-Urban with the investment of Rs. 4,200 crores. As per the information, more than 1 lakh affordable houses have been completed under PMAY-Urban so far and more than 6 lakh are under construction. PMAY scheme was… Read More » 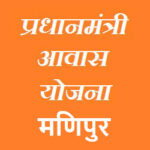 Pradhan Mantri Awas Yojana Manipur: Manipur Urban Development Authority has uploaded the list of beneficiaries under PM Awas Yojana-Housing for All 2022 (PMAY-HFA) on its official website at www.muda.mn.govt.in. Through demand survey for PM Awas Yojana Manipur, the MUDA invited online applications from general public for which they got good response. The list based on… Read More »

With the aim of implementing the scheme across the, four town have been selected under Central government initiative Pradhan Mantri Awas Yojana. Latest Update: PMAY-HFA Manipur – List of Beneficiaries for Thoubal, Kakching & Lilong According to the source, four towns of Manipur including, Jiribam in Lamshang in Imphal West district; Kakchin and Sugunu in… Read More »