Rajasthan Housing Board announced the draw date for its lottery NEB Alwar Housing Scheme 2014 . RHB had invited applications from the public for the allotment of different type of flats. Under the scheme EWS, MIG and HIG flats were available for registration. The lottery for the scheme will be held on 18 December 2015 at Office Project Engineer Alwar.

On 4 December 2015, the list of eligible applicants has been published on their official website and the final list of successful applicants will be published on 16 December 2015. After publishing of this list, the authority will hold the draw result on 18 December 2015 and the lottery will be conducted by District Allotment Society Alwar.

The lottery of Alwar Housing Scheme will be held on 18 December 2015. 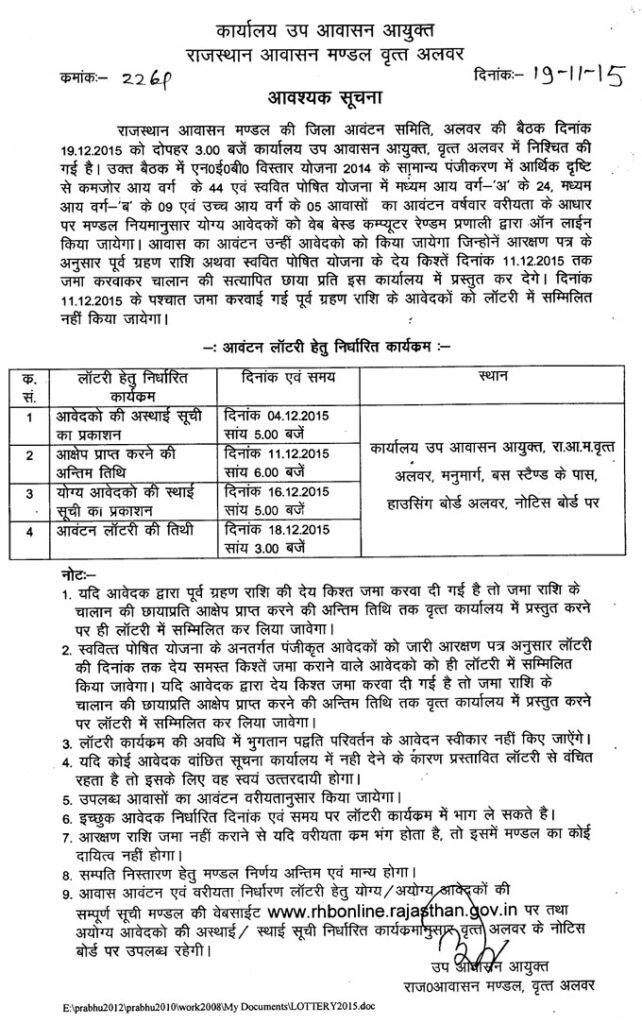