RHB Rajasthan has published a notification on the official website to inform the registered applicants of the scheme. In this scheme, applications were invited from economical weaker section, lower income group, middle income group (Category-A, B, C) and higher income group. The housing units were offered through Self Financed Scheme 2014.

The authority has also published the list of applicants for the above scheme which can be accessed by following the link below: 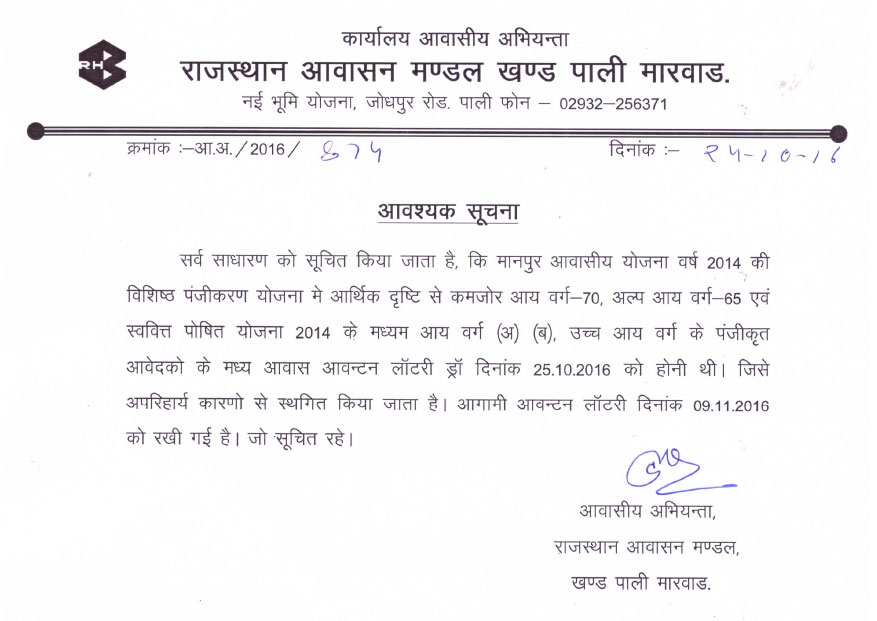 For more information visit the official website of Rajasthan Housing Board.