RHB has announced the draw date for the allotment of flat and it is scheduled to be held on 26 August 2015 and the draw will be held at office of Deputy Housing Commissioner Circle II Rajasthan Housing Board, Agarwal Farm, Mansarovar Jaipur.

If any applicant have any Insinuation regarding to the allotment draw than the applicant will have to contact RHB officer before 21 August 2015 and submit their Insinuation in written to RHB office. 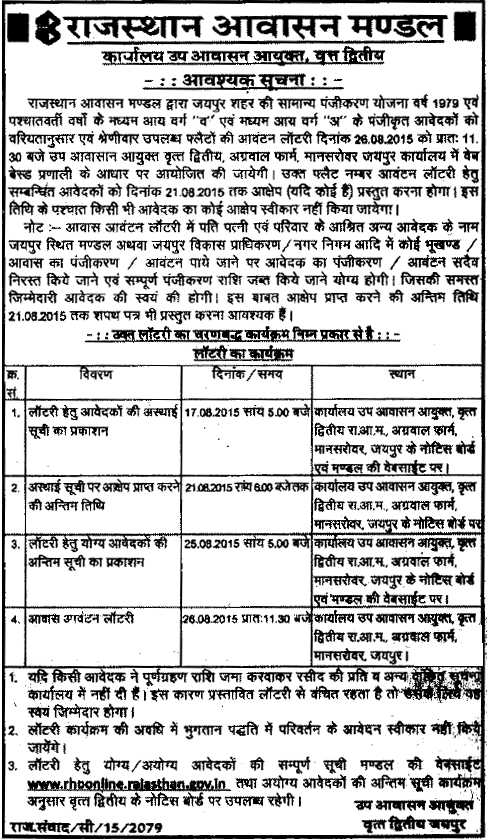 For more details visit the official website of Rajasthan Housing Board.