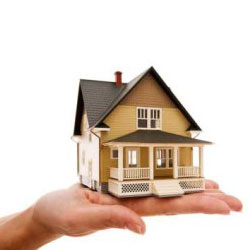 According to an official Rajasthan Housing Board will upload maps and pictures of the houses on its websites for the benefit of the bidders. Pawan Arora said, “The reserve price of all houses that will be auction will be fixed by 30th August.

The board has also adopted reverse bidding methods for auctioning their houses for the 1st time. An official explained, “Reverse bidding method means a person who has put up a bid to but house on minimum discount rate win the auction. Supposedly, one person plans to buy a house at 40% discount and another at 30% discount. The board will dell the flats to a person who is asking for lesser discount. Residents will given a months time to submit their bid.

The successful bidders will have to deposit 10% cost of the house within 3 days. The remaining amount can be deposited within a timeframe of 60 days. As per the proposal, the RHB has divided discount rates on these houses in two categories – 0% to 25% and 0% to 5%. The discount on the flats will be assessed after examining the location, condition and other factors. In the same housing scheme and location, the RHB could offer discount under separate brackets.

After receiving the sate governments nod the RHB will sell 7075 constructed flats of different categories across the state on discount. The chief minister, too, had announced the discount in his budget speech.

After failing to sell off its houses, the RHB has initiated an exercise to sell off its unsold flats and houses on discounted rates. At present, the board has more than 24,000 unsold flats in Jaipur, Jodhpur, Kota, Udaipur, Alwar and Bikaner circles. Prolonged slump in the real estate market is the reason why many buyer have not shown interest in RHB Houses.