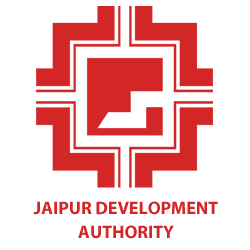 Amrit Kunj housing scheme of Jaipur Development Authority has been declared illegal by the Rajasthan High Court by giving reason that the scheme was developed on the catchment area of Bandi river. It was pointed out that as per the revenue records, the catchment area of the river is earmarked as grazing land. Without converting the land, the JDA had launched the scheme. The court said that the JDA itself had confessed that the land is earmarked as a grazing land. The court asked the JDA to present the map of the area as per the guidelines of the geological survey of India (GSI).

Launched in 2007, the Amrit Kunj housing scheme offered a total of 1,417 plots, out of which 1,182 were allotted and the remaining corner plots were held back for the auctions. JDA developed the scheme on 151 bigha of land.

The Authority has also been criminally charged by the Rajasthan High Court for neglecting the river issue. Now since many investors/individuals have already put there hard earned money into the project, it has got stuck for now. According to the buyers, people put their money in JDA projects because they think it is the best and safest bet but after such incident, JDA will lose its authenticity. And, this kind of incidents were the main reasons why people prefer JDA housing schemes more than private colonies.

However no houses have been built on the plots there but many people have secured their land by constructing the boundaries.

Earlier as well, JDA has been forced to re-plan the layout of the housing scheme after protests by nearby villagers and several NGO’s. JDA had already cut more than 5000 trees for the plots but later after the opposition of people, the high density tree areas were converted into parks.

Meanwhile, JDA officials have not revealed much on the issue and waiting for the high court order, according to JDA secretary Shikhar Agarwal.