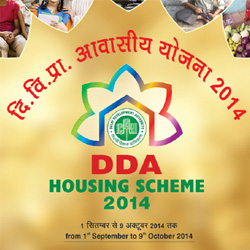 For the first time, the DDA had provided the option of ‘Others’ in the gender category and it had received 59 applications in this category.

DDA website once again crashed on Saturday and Sunday when applicants attempted to log in to check their application status. DDA had asked all the applicants to crosscheck their detail filled in the applications and rectify all error in the forms if any. But considering the heavy traffic to its website, this has been extended till today November 3.

As a result of the delay caused by the slow pace of uploading of application data on its website, DDA had postponed the housing scheme’s draw of lots from November 5 to November 10.Even though DDA maintains that the draw of lots would be held on November 10 as per schedule, the ongoing technical glitches faced by the applicants might force the DDA to have a relook on the dates.