Under the Anubhuti Scheme, total 128 housing units are being offered by the authority and the applications for the the are offered through offline mode of registration from 1 January to 30 January 2016. Flats under the scheme are available in G+3 type building and estimated super area covered by a unit is around 48.45 square meter. The estimated cost of single units is about Rs. 22.14 lakh and the registration amount for the same is 5% of estimated cost of flat.

How to apply: Applications for the scheme are being offered through offline mode of registration. For registration, application form can be collected from the authorized bank branches of following bank mentioned below by paying Rs. 525/-.

Applications form can also be downloaded from the official website of Lucknow Development Authority. In case of downloading, the cost of applications to be submitted with the registration amount at the time of application submission. 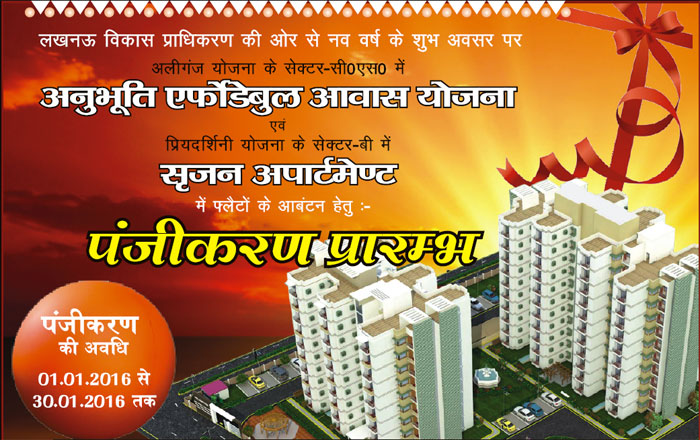 The complete details of the scheme can be obtained by visiting the official website of LDA Lucknow.