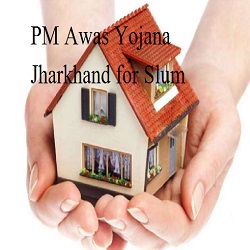 The state government of Jharkhand has approved 1.27 houses for slum people under Pradhan mantri Awas Yojana Jharkhand. CM Raghubar Das announced that they are going to start a new housing project to construct 1.27 houses at affordable rates for G+3 category under PM Awas Yojana Jharkhand. Under this new project the Jharkhand government will provide 53,000 houses in urban slum areas and 74000 houses for homeless people of BPL category. CM Raghubar Das said that the registry of the houses will be done at a cost of just Rs. 1.

The main objective of PM housing scheme Jharkhand is to provide home to every family of the state either poor or economically weaker sections. The CM Das has given Diwali gift to the people of the state who are living in the slum areas. The people who do not have their own house will be eligible for this scheme.

The state government of Jharkhand is continuously working to provide affordable houses to poor people of the state under pradhan mantri awas yojana (PMAY). On the occasion of this Diwali Jharkhand government is going to start a new housing project under which 53000 houses in slums of urban areas and 74000 houses for BPL people will be constructed. Total 1.27 lakhs houses will be constructed under Pradhan Mantri Awas Yojana for slum people of the state.

The total cost of construction per unit of house is estimated to be about Rs 7.5 lakh. To cover these expenses, Rs 1 lakh will be given by the Centre, while Rs 1 lakh will be pooled in by the state government.The builder will also contribute a share of 55 per cent, which will decrease per unit cost by about Rs 4 lakh. The beneficiary will be liable to pay the remaining Rs 1.5 lakh.

On the same lines, the government will also provide houses to those who do not own a house in any part of the country. The prospective seekers will have have to produce a certificate issued by the revenue workers of their native state. The people must mandatorily have a voter card and a bank account.