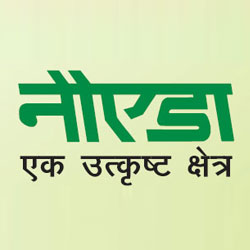 Noida Authority will conduct a lottery draw of Noida authority housing scheme 2016 at Sector-117, 118 and 122 under Samajwadi Awas Yojana on 21 October 2016. The authority has published a notification in a newspaper for informing the registered applicants.

The authority will conduct a lottery for selecting the successful applicants of NOIDA Authority Samajwadi Awas Yojana at Sector-117, 118 and 122 on 21 October 2016. The lottery program will be held in the park located at Sector-6 Indira Gandhi Kala Kendra and the draw will be started in the morning at 10:30 AM.

Number of Flats Slashed
The authority has reduced the number of flats in the scheme. The scheme was launched in February 2016 and applications for these housing units were received till 15 March 2016. Total 2000 flats of were offered in the scheme. Of total 1280 flats of Type-1 and 720 flats of Type-2 were offered but now the authority has slashed the number of flats. The Type-1 slashed from 1250 to 1010 and Type-2 flats slashed from 720 to 240. Unavailability of land is the reason behind the slashing of flats in the scheme.

The authority invites all the registered applicants to attend the lottery draw.