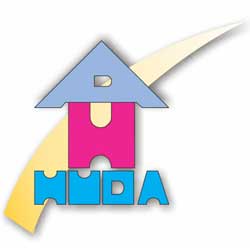 After the launch of residential plot schemes in Rohtak and Mahendergarh, Haryana Urban Development Authority invites applications from the the people living in slum for the allotment of flats in HUDA Ashiana Scheme 2017. HUDA Ashiana Scheme Karnal has offering 264 multi-story flats in Sector-14 Part-2 Karnal.

The applications are being invited from the people of this slum areas for the allotment of these multi-story flats under HUDA Ashiana Scheme Karnal.

The scheme has 264 flats for slum people living in Sector-14 Part-2 Karnal and the cost of a single dwelling unit is Rs. 6,33,203/- which would be revealed from the beneficiaries.

Registration Process:
Application form along with information booklet and terms and conditions can be obtained from the Office of Property Officer, HUDA Sector-12, Karnal. Completely filled application form to be submitted in the same place along with processing fees of Rs. 100/- and registration amount of Rs. 9600/- for general public and Rs. 8000/- for SC/CT/OBC and handicap.

Remaining amount will be deposited in 20 year with 7 % interest. The scheme has also an option to monthly rent. Under this proposal, the applicants who are not eligible to pay the EMI of property cost, can pay Rs. 500/- as monthly rental.

The application form would be received along with demand draft of registration amount in favor of Property Officer, HUDA Karnal.

Allotment Process:
The housing unit in the scheme would be allotted through draw of lots to those applicants who would found eligible.

The priority would be given to the residents of Sector-12 Part-2, and those who were identified in a bio-metric survey of January 2013 which was passed by High Court in 21 November 2012.

Other information and terms and conditions of HUDA Ashiana Scheme 2017 Karnal can be obtained from the official website of HUDA at https://www.huda.org.in.