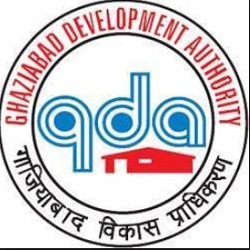 Ghaziabad Development Authority (GDA) is offering newly constructed flats in Chandrashila under GDA Housing Scheme 2019. According to officials, the prices of the flats have been lowered to tune of Rs.9 Lakh to 11 Lakh per flats. officials said a proposal in this regards will also be sent to GDA board for approval.

The GDA Chandrashila Housing Scheme 2019 offers multi storeyed flats and these flats has been constructed near Lohiya Nagar, nearly a KM away from the old Bus Stand. The housing scheme comprises 120 flats and was launched in 2015.

According to officials, this is the only scheme of GDA which was delayed and home buyers made complaints to the Uttar Pradesh real estate regulatotry authority (Rera) and the GDA had to refund payment of two allottees.

AS per officially information the property department, the lowered cost will be applicable to all the flats in the scheme, whether offered in the first launch of the second There were delays in the scheme as the previous contractor entered into litigation and the authority had to rope in another contractor for completing construction work. The cost has been reduced by lowering the additional charges from 15% down to 3%. Further, during the examination of documents, we found that interest for 2 year of delay was also levied to the cost of flats. In fact, this cost is to be recovered from the first contractor and not the allottees.