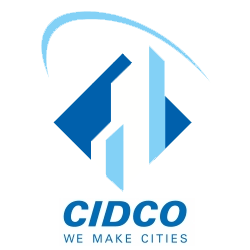 CIDCO has developed the Navi Mumbai areas like Nerul, kharghar, kamothe, kalamboli, & recently ulwe and karanjade. Due to this development, peoples are confident enough to take a part in the upcoming projects of the areas.

Earlier, the Chief Minister of Maharashtra Devendra Fadnavis said that it is the misconception that smart cities are only meant for rich people, later he tweeted that smart cities will cater the needs of common man. He said this during the launch of Navi Mumbai (south) smart city plan develop by the state owned planning body CIDCO, where CIDCO invested 53,000crore.

An action plan prepared by CIDCO to construct 10,000 houses every year and the authority has constructed 1,23,577 houses till date. Of total, 51% houses are for EWS/LIG, 26% are for MIG and 23% are for HIG category. CIDCO just made an announcement about the taloja project, it is not launched yet. It is expected that the CIDCO Lottery 2016 will be launched in the starting months.

However many buyers claims that the property rates offered by CIDCO is not affordable to EWS and LIG categories. On this CIDCO says that the rates offered in the CIDCO projects are quite cheaper than the market rates, the response of Khargar project shows that the flats are affordable. The kharghar project is expected to be completed in 2016 & may be after that CIDCO will start working towards the Taloja project.