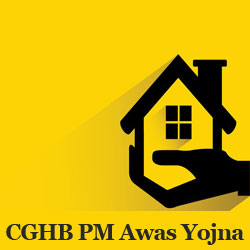 Pradhan Matri Awas Yojna: 7272 flats will be constructed for Economical Weaker Section and Lower Income Group of the society under the scheme. Of which 4168 houses will be constructed for LIG while 3104 houses for EWS category. The scheme being implemented by Chhattisgarh Housing Board (CGHB) at Kamal Vihar Scheme near Raipur City. The project is spread over the area of 25.53 hectare and the authority is using RCC Precast Technology to construct these houses at 18 different locations.

Recently, the Chhattisgarh Housing Board is awarded for “Best EWS Developers” Award for quality construction of EWS houses for Economical Weaker Sections. The award was hand over to the board by M Venkaiah Naidu, the Union Minister for Urban Development during the “Housing for All” Convention-cum-Award ceremony. The Program was organized by ASSOCHAM in Delhi. Notably, on the behalf of CGHB, the award was received by CGHB Chairman Bhupendra Singh Swannni and CGHB Commissioner Siddharth Komal Singh Pardeshi. Chief Minister Raman Singh and State’s Minister for Housing and Environment Rajesh Kumar and Addition Chief Secretary of Housing and Environment had also congratulated the board and its official for the achievement.

Meanwhile, Chairman of CGHB Bhupendra Singh Swanni had stated that the objective of CGHB is to ensure providing houses with basic facilities and infrastructure for the people from different sections of the society. In the interest of people belonging to economically weaker sections of the society, the Board constructs around 85 percent of houses under its project. Besides, CGHB Commissioner said that the initiative is to achieve the target of housing units in slum and urban area for weaker sections under Centre’s Pradhan Mantri Awas Yojna.

Under the Kamal Vihar Scheme, 4000 affordable housing units will be constructed in 2015-16, 2000 in 2016-17 and 1500 houses in 2017-18. The government has assigned the project to the board with the task to providing housing facilities to EWS, LIG and MIG-A applicants under different housing schemes including Atal Awaas Yojana, Deendayal Awaas Yojana, Kushabhau Thakre Awaas Yojana and others.

The board is committed to ensure facilities to EWS families. Under the scheme, the government will grand of Rs. 1 lakh for each houses to person of EWS categories while Rs. 50,000 grant for LIG houses. For this, the board is going to contribute about Rs. 357 crore.

The officials said that the CGHB had been utilizing advanced and cost effective RCC Precast technology for constructing houses under Mukyamanti Awas Yojana (Chief Minister Housing Scheme). The Precast technology is a globally recognized process through which concrete is cast into a mould and then transported to the construction site for use, officials stated. The Chhattisgarh government has also set a target of constructing nearly 42,000 houses under Indira Awas Yojana in the State, he also added.