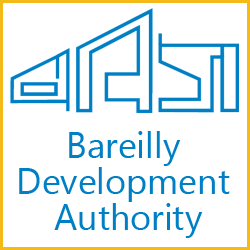 The development agency of Bareilly will boost the housing sector by launching its one of biggest housing scheme. According to the source, a plan has been set-up by Bareilly Development Authority for its upcoming ambitious housing scheme which is named as Ramganga Nagar Awasya Yojna 2016. The scheme will fulfill a dream of 2 lakh families who will get 50,000 residential flats under Ramganga Nagar Awasya Yojna 2016.

The project will be designed keeping in mind the major factors of smart city with high-end services. The houses in the project will be facilitated with solar powered lights, cycle tracks, a lake, separate sub-stations and a sewage treatment plant (STP) etc.

Vice-chairman of BDA, Garima Yadav said that the project is aimed to develop with the construction of top-class facilities. And this is first time in the history of Bareilly that sewage treatment plant to be set up in the city.

“We had set a target of 250 flats under the scheme and as of now, 70 flats have been constructed. It is a big project of around 269 hectares and around one hundred and 32 hectares is already under construction”, she added.

Source informed that around 40,000 to 50,000 flats will be developed under the scheme and to be allotted to around 2 lakh families and the cost of land is 12,760 rupees.

The project will be launched under Samajwadi Awas Yojana, an ambitious scheme of UP government.

The cost of residential flats in BDA Bareilly Ramganga Nagar Housing Scheme 2016 will be Rs 5lakh to Rs 6 lakh for EWS flat and Rs 10 lakh-Rs 11 lakh for LIG. The MIG and HIG units will be allotted at the rate of
Rs. 36 lakh and Rs. 50 lakh per flats respectively.