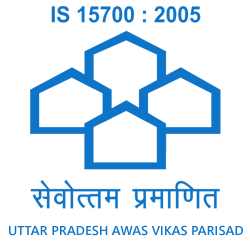 Uttar Pradesh Awas Vikas Parishad invites application from general public for the allotment of affordable homes which are being offered at different locations of UP including, Lucknow, Meerut & Vasundhara Ghaziabad. Housing units are being offered under the Pradhan Mantri Awas Yojana – Credit Linked Component (PMAY-CLSS).

Flats in the allotment are being offered on first come first serve basis and interested applicants belonging to any one of the below category can apply for flats in the scheme.

UP Awas Vikas Parishad will organise property camps at different location for the allotment of flats and for receiving application forms for the same. These camps will be organised on 17 & 18 June 2017 at Lucknow, Meerut, Vasundhara Ghaziabad and timing for the camps will be 11 AM to 5 PM.

Interested applicants who are wishing to apply for flats in the scheme can fill the form by visiting these nearest property camps in the scheduled time. All beneficiaries of the scheme would be provided the benefits of interest subsidy under PMAY-CLSS (credit Linked Subsidy Scheme). And more details can be collected from the official notification or by visiting the official website of UPAVP.