In HUDA new housing scheme 2017, total 459 residential plots are being offered for allocation for registration has been started from 28 December 2016. Majority of 354 flats in the HUDA Scheme 2017 are available in HUDA Mahendergarh Sector-9-A, 10 & 11(P) and it is first sector of HUDA being developed in Mahendergarh and remaining 109 flats are located in HUDA Rohtak at Sector-21 (Part).

Details of Residential Plots in HUDA Rohtak and Mahendragarh Scheme 2017

Complete information such as how to apply, registration process, application form, list of bank branches and payment procedure and other information can be obtained by following the the links: 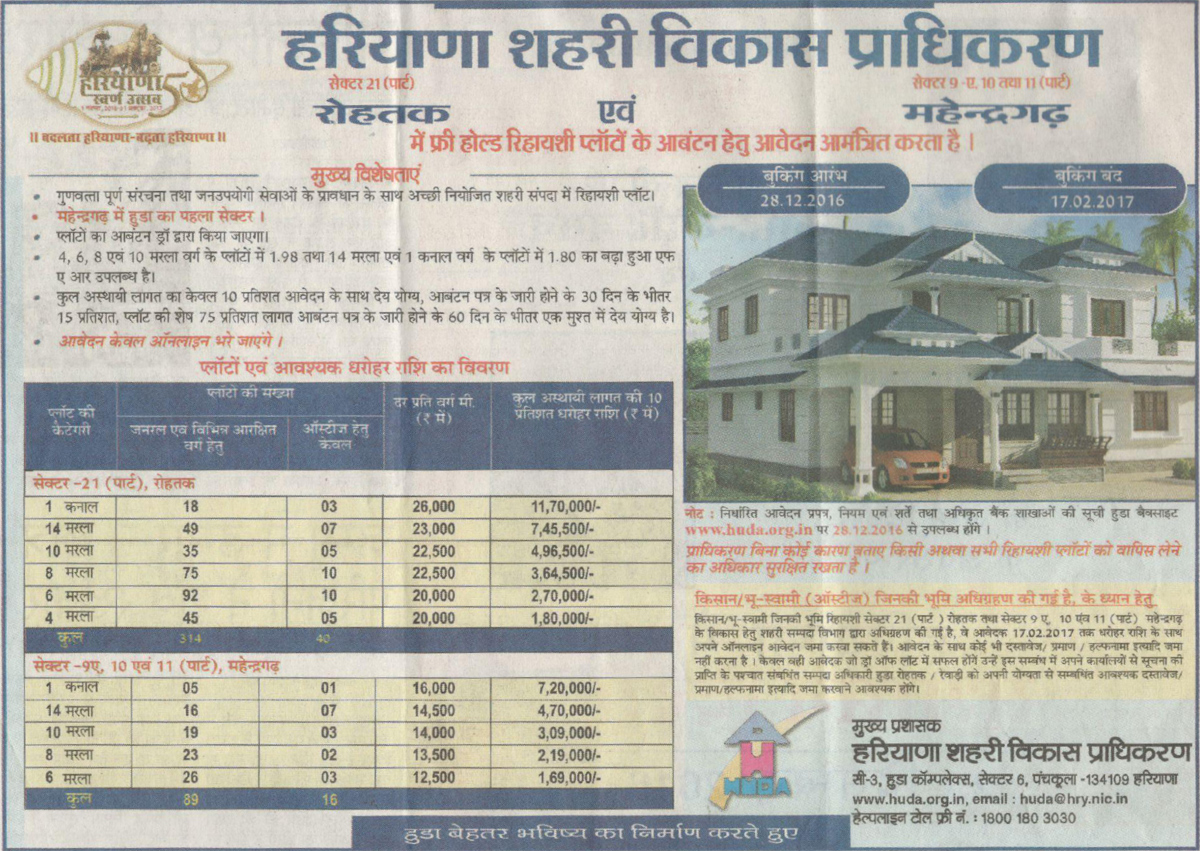