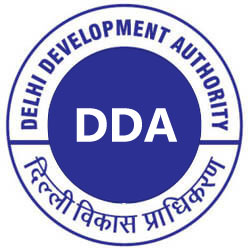 Delhi Development Authority has completed its almost all tasks to launch its ambitious DDA new housing scheme 2016. According to the information received from the DDA senior official, the registrations and applications for DDA new flat scheme for the year 2016 will be rolled out on the eve of Diwali.

Number of Flats:
The scheme will be started in the first week of October with around 12,000 flats of 1BHK and 2BHK type. A majority of flats in the upcoming scheme of DDA is one-bedroom and remaining units will be of two-bedroom type. Sources said around 10,000 flats that will be put up on offer this year were surrendered by allottees of the 2014 scheme. The rest of the flats had not been previously allotted for different reasons or cancelled.

After a survey, the land development agency found that around 10,000 flats from last year’s scheme have not been occupied while another 2,000 flats were lying vacant.

Location of Flats:
Almost all lower income group flats would be located in Rohini, Dwarka, Narela, Vasant Kunj and Jasola and almost all of them are old construction.

Final Launch:
According to DDA senior official, DDA will hold a meeting on September 23 in which senior officials of the department will be present. The final decision on the scheme will be taken then.

Application Process to be Online:
The applications process for the registration of flats in the next housing scheme of DDA is likely to be online. This step would make the whole process of DDA application more transparent. However, the final decision for the same will be taken in the next meeting of DDA official to be held in the last week of September on 23. This time, the brochure of DDA housing scheme 2016 can also be downloaded online from DDA official website.

Registration Fee:
This time, the DDA flats will disturb the budget of applicants. For this scheme, the applicants will have to pay the registration amount of Rs. 3 lakh for LIG houses and Rs. 5 lakh for MIG houses. While, in the last scheme of DDA in 2014, applicant paid Rs. 1 lakh as a security deposit for registration.

On the hike of registration amount, the senior official said that the step has been taken to do away with middlemen and invite only genuinely interested people.