In Jagriti Vihar Samajwadi Awas Yojana of ADA Allahabad, total 297 flats are being offered by the authority. It is the second time when the authority invites applications for the allotment of flats in the scheme. Earlier the applications were invited in January and the more than half number of flats were vacant in the last invitation. So the authority has decided to invited again for vacant flats in the scheme. The scheme comprised of two category of flats including Category-I and Category-II. In the Category-I, 59 flats are available for Medium Affordable Income Group while in Category-II, 238 flats are available for Mini Medium affordable Income Group. 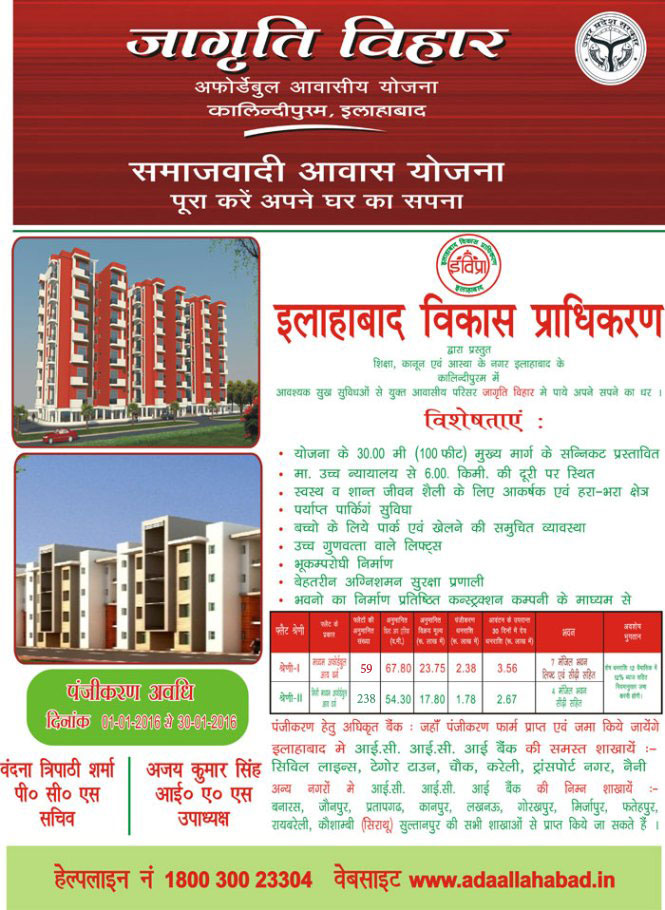