The refund of registration amount of the applicants have been initiated through the ICICI bank branch in C-6 Lohia Nagar in Ghaziabad. The applicants who do not receive the refund on time may directly contact the bank branch for the same.

GDA offered a total of 1979 multi-storey flats in the developed areas for EWS and LIG. Below is the actual public notice issued by the authority. 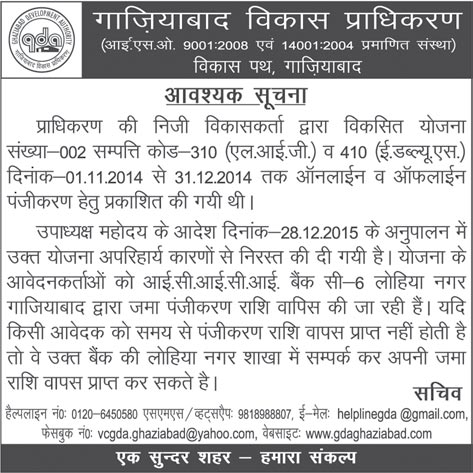