Bihar State Housing Board launched a new housing scheme for the sale of 1054 flats which are being constructed over the land of 16 acres at Ara Housing Scheme. Under BSHB new housing project, the board is offering 2BHK, 3BHK and 4BHK flats for allotment for registration has been started from 26 January 2017.

In Bihar State Housing Board New Project, majority of 504 flats are 2BHK type, 486 are 3BHK type and remaining 64 units are 4BHK type and the build-up of these housing units is 980.24 square feet, 1134 square feet and 1754 square feet respectively.

How to Apply:
Application form for the allotment of flats in BSHB Scheme 2017 can be filled through both online and offline modes. The facility of filling online form is available on boards’ official website at www.bshb.in and forms are also available in associated banks at Rs. 2000/-. 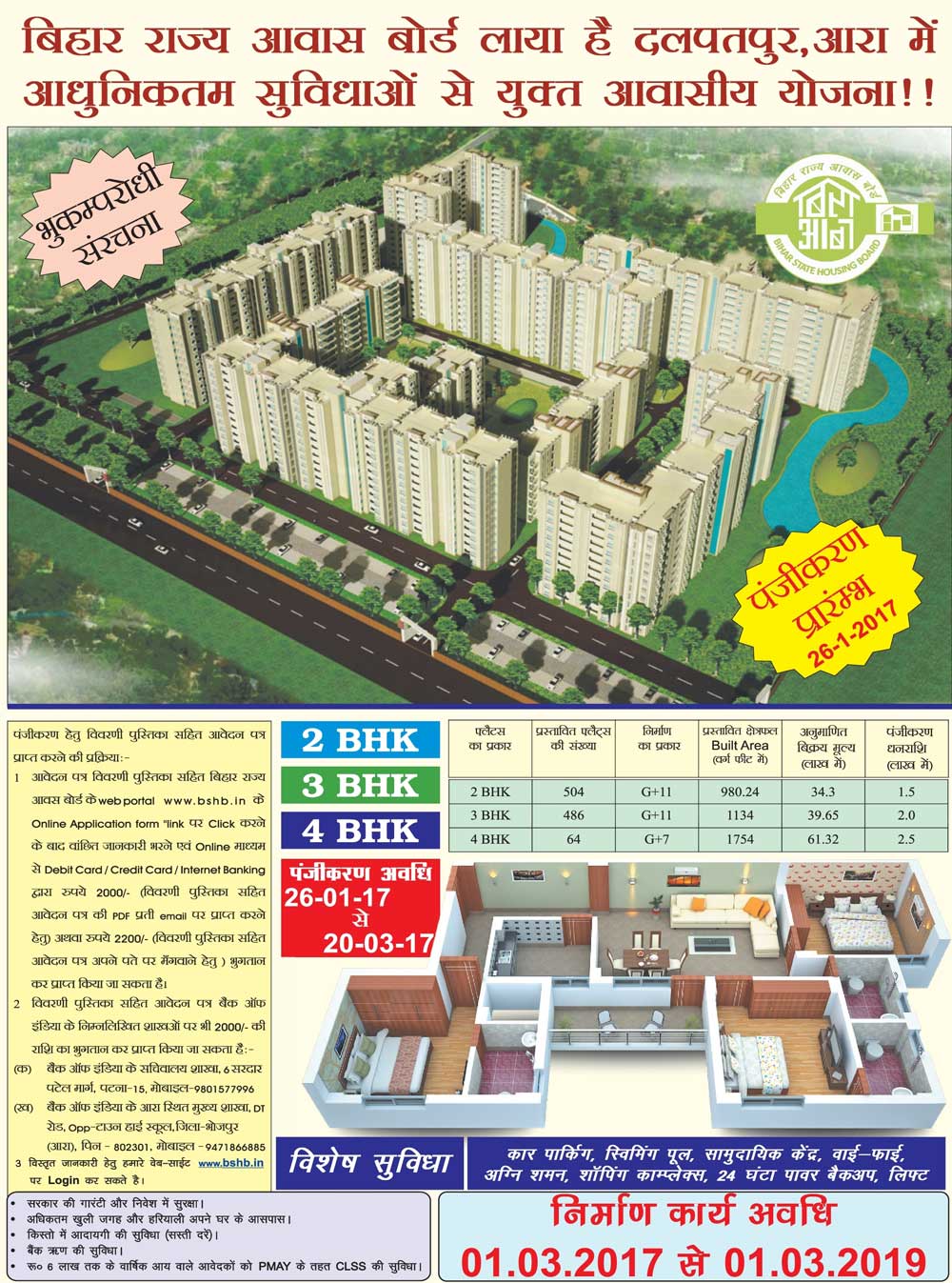