These housing units are available in three storey building. Registration for the scheme has been started from 31 August 2015 and the registration are still open till 30 September 2015. 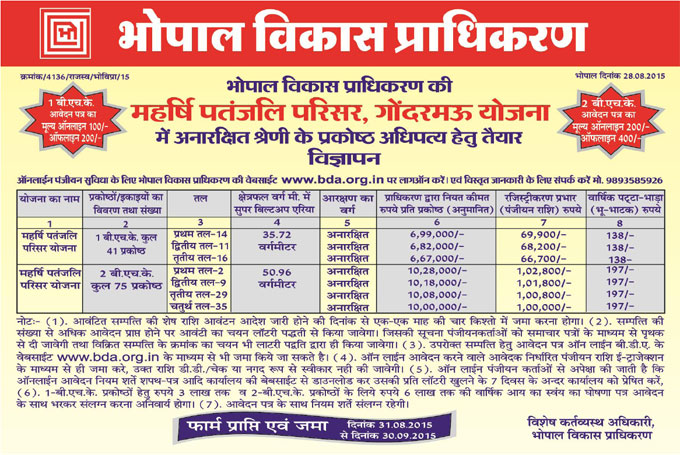 For more details visit the official website of Bhopal Development Authority at http://bda.org.in/New/index.html