Bhopal Development Authority invites applications from general public for the allotment of housing units in one of BDA Bhopal’s ambitious projects. BDA Bhopal offering 47 flats for general public from 1 December to 20 December 2016.

How to Apply:
Registrations for flats in the scheme has been started from 1 December 2016 and application form for these flats can be filled through both online and offline mode. Application forms can be obtained from Pragati Bhawan, Press Complex, M.P Nagar by paying Rs. 200/- for 1BHK and Rs. 400/- for 2BHK flats. 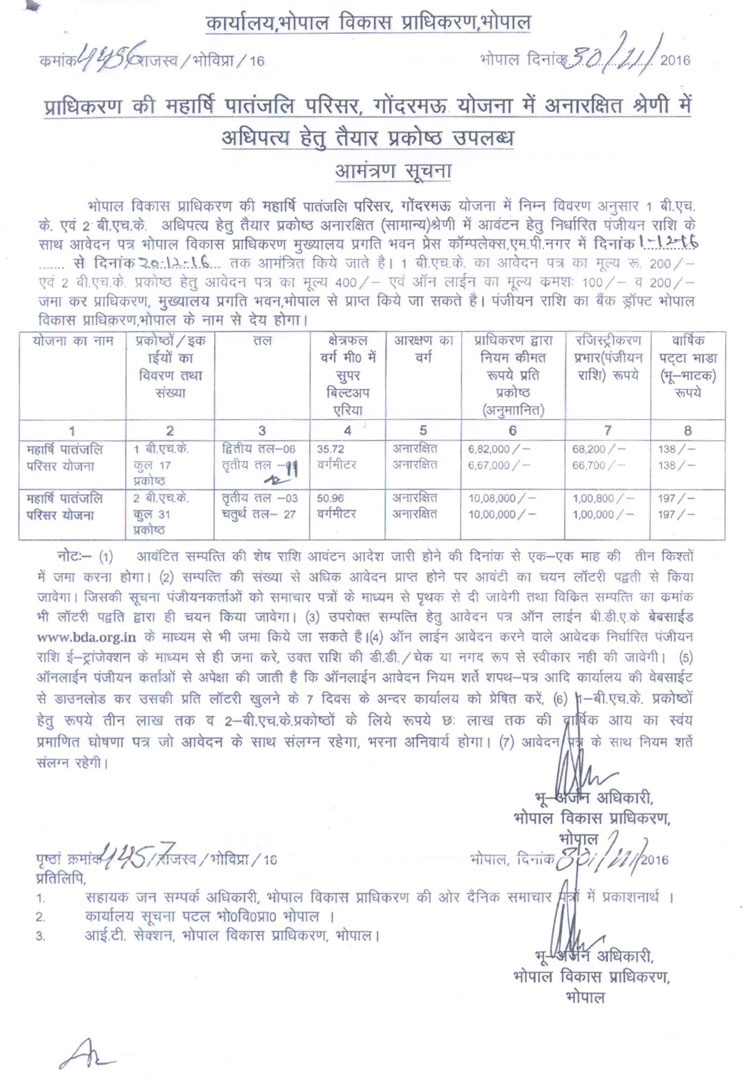