Assam Darpan Web Portal is an initiative of state government towards reflecting govt. performance and achievements to the people. The government launched Assam Darpan web portal through which general public can obtain the data of Sarkari Yojana in Assam and other government projects at a single portal.

Assam Darpan Web Portal is a step towards the “Digital India” initiative of central government which will ensure the transparency and accountability in governance. It is developed as as Chief Minister’s Dashboard which will provide the detailed progress reports of flagship schemes of the government. 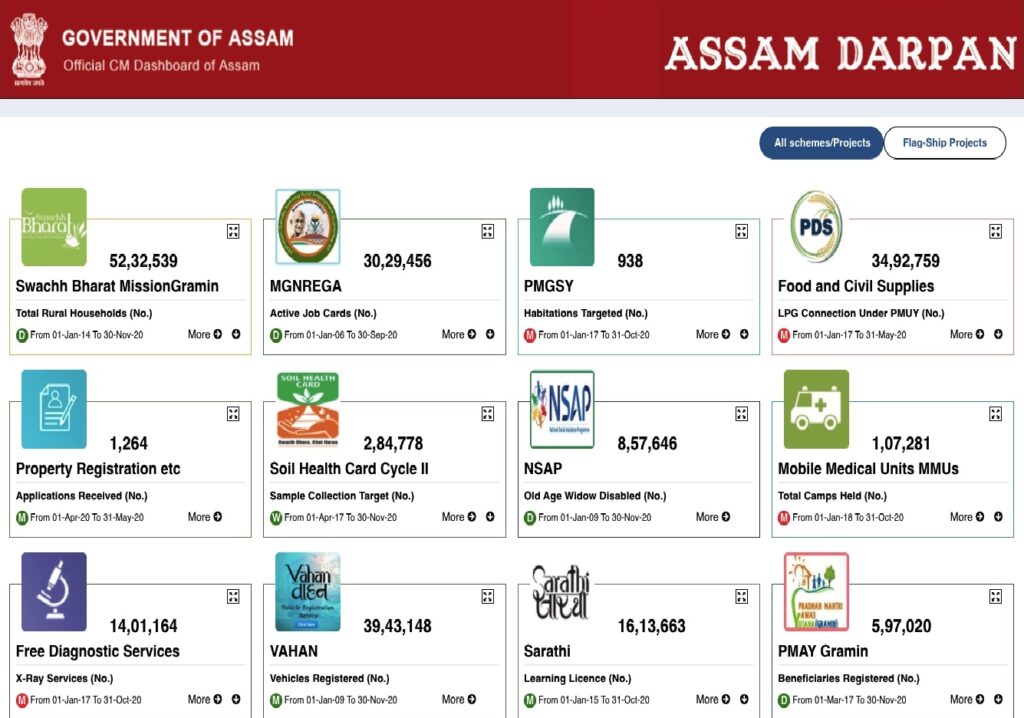 Initially the data of and performance report of few scheme is available on the portal which are listed below:

And data of other scheme will soon be updated on the portal. This portal will help the government is providing the data and report of Sarkari Yojana in Assam to the people.