Lucknow Development Authority launched a eight new housing schemes for the allotment of housing units. The registration process of these flats has been started from today for which the people who are looking for a house in Lucknow can apply from today 28 November 2016.

How to Apply: Registration for the allotment of flats has been started from 28 November 2016 and interested applicants can obtained the application form from the authorized banks, HDFC Bank, UCO Bank, Indian Overseas Bank by paying the cost of Rs. 525/-.

Application forms and brochure are available on the official website of of LDA Lucknow www.ldalucknow.co.in which can also be obtained by following the link below.

Remaining amount of flat to be paid in Six-Quarterly instalments. 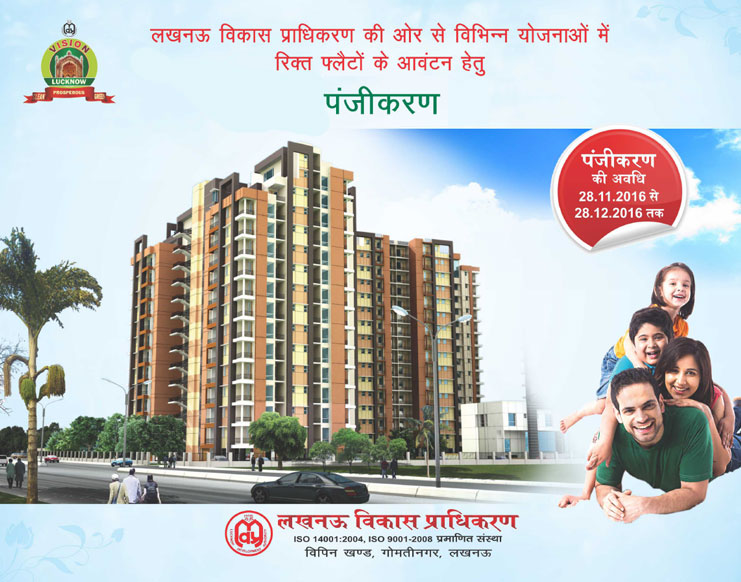 For more information visit the official website of LDA Lucknow at www.ldalucknow.co.in.