Andhra Pradesh Housing Board has published a notification for conducting a draw result for assigning a houses number to the allottees. The Notification is available on the official website of APHB at www.aphb.gov.in.

According to this notification, AP Housing board will hold a draw for assigning a house number to the allottees of Raviryala Housing Board Colony Phase-I houses. In this draw, HIG-II, HIG-I and MIG houses will be allotted to the registered applicants.

The draw will be conducted on 3 December 2016 and will begin at 11:00 AM and the venue for the lottery draw is Raviryala Site. 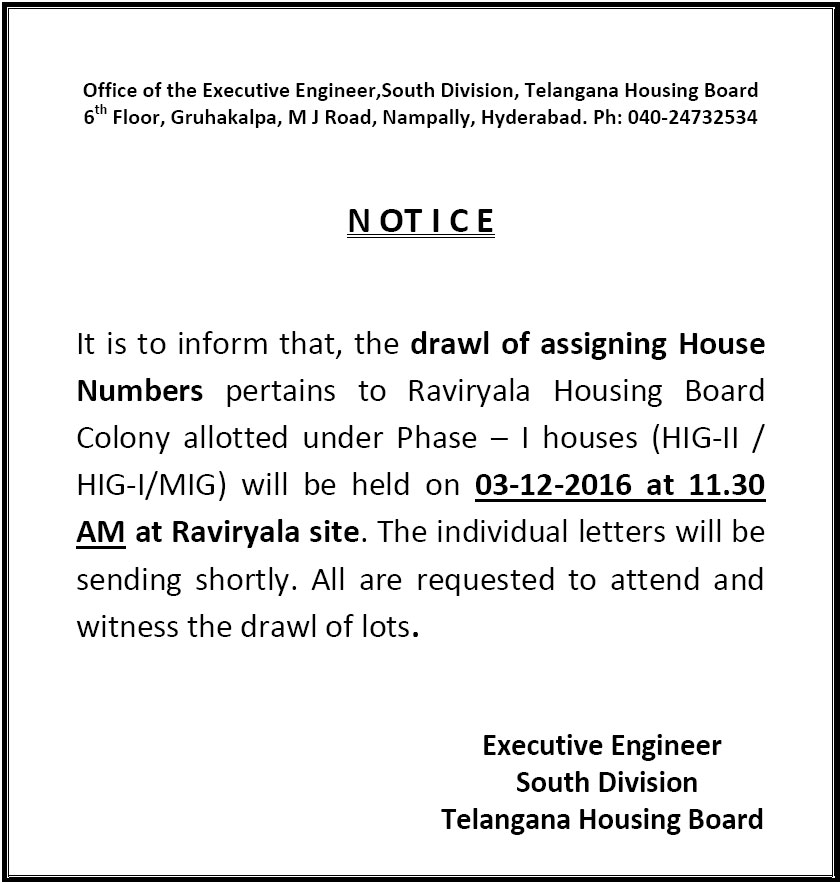