The first phase, plan of a much bigger region spread across 7,420 sq. km has already been handed over to Andhra Pradesh government on 30 March this year. 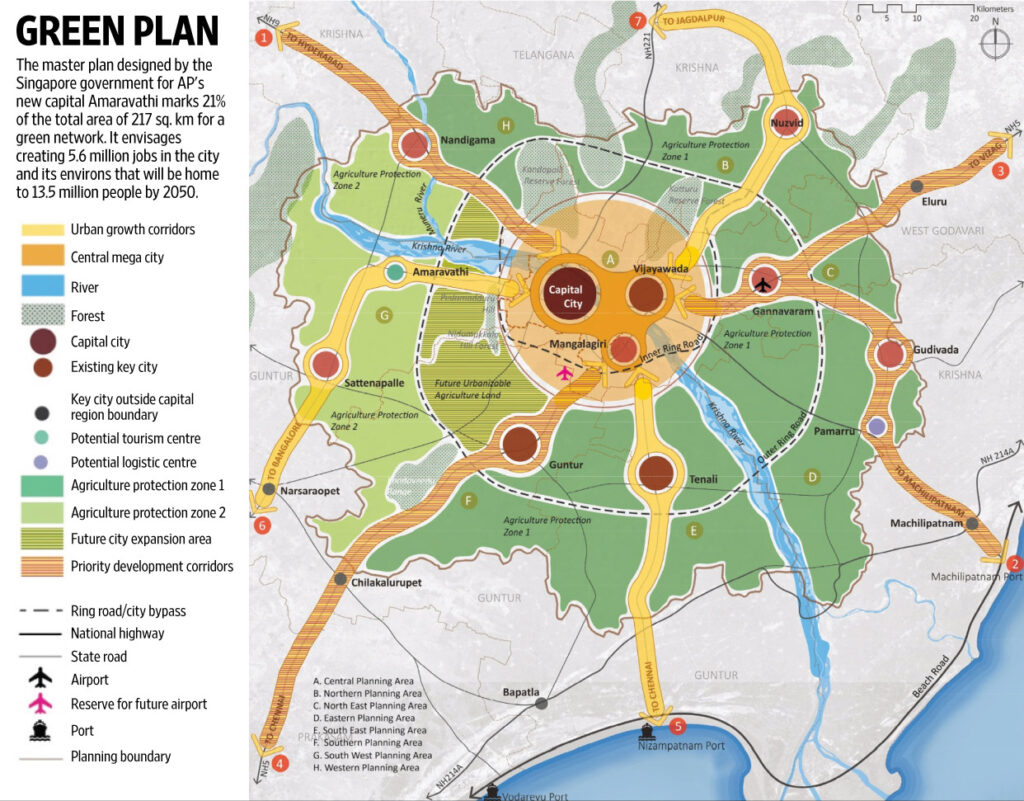 The designed plan presents the possibility of providing up to 5.6 million jobs in the capital and serve as home to up to 13.5 million people by 2050.

Master plan of Amaravathi proposes a water network of about 80 Kilometers along the bank of river Krishna which will include central parks, island resorts, an amphitheatre, an island-themed park, and a waterfront promenade spanning 35km. Walkways, local waterways and cycle tracks run along the riverfront.

Master plan has also been designed in a way to promote eco friendly applications. 21% of the total area will be used for green network. The plan also promotes the use of public transport.

Talking about the road network, the master plan proposes a road network of up to 938km including 127km of expressways and semi-expressways. A bus rapid transit system, which can eventually be upgraded to mass rapid transit network with four lines spanning 135km, is also proposed. A transport hub will be located in the capital’s north-east.