The registration for the scheme will start from 16 July and interested applicants will be able to fill the applications for flats in Ajnara Khel Gaon till 16 August 2016. 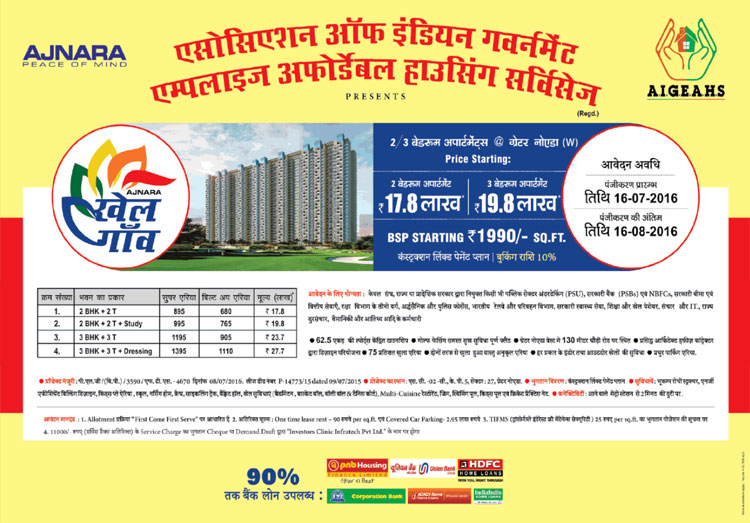