A Pakistani hacker named Abbas Abraham has hacked the official website www.ada-agra.com of Agra Development Authority. Just noticed today, website has been defaced by the hacker where he has put a message “Keep Silence and Feel the Power of Pak Cyber Crews”.

The hacker group has also mentioned on the website that “Kashmir Freedom is Our Goal”.

There have been several events in recent past when several websites of Indian government and governing bodies have been hacked by Pakistani Hackers.

The government bodies, however, looks in no mood to increase the security of the servers where the websites are being hosted as proved by several such attacks.

Below is the snapshot of Agra Development Authority website www.ada-agra.com as taken on 8 February 2015. 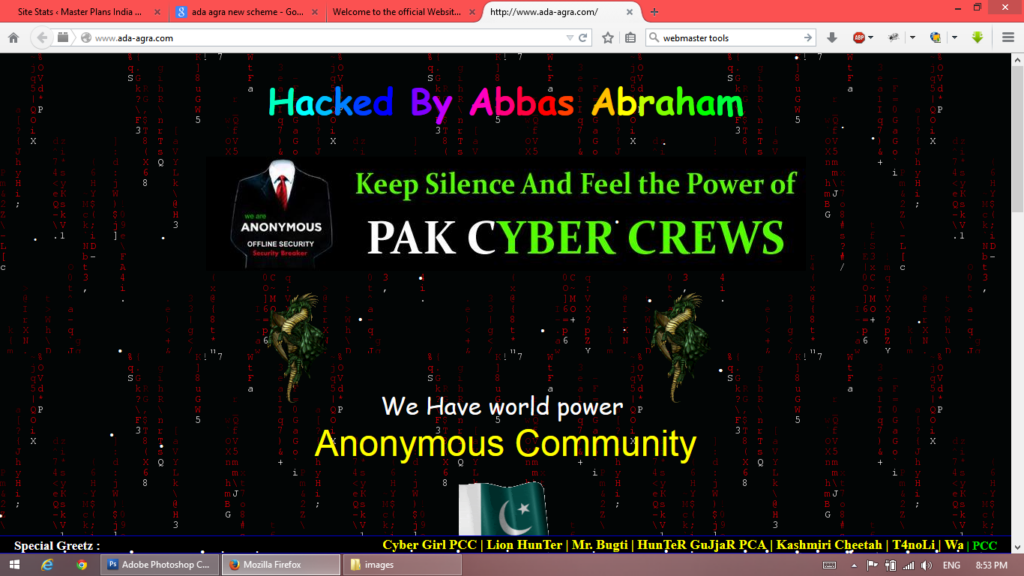