Allahabad Development Authority launched a new flats scheme for the allotment of 48 flats in Azad Apartment under Naini Awas Yojana 2016. In this scheme two types of flats are available for allotment named as Saral and Sahaj.

These flats are situated at the prime location of Naini Allahabad. The size of Saral Type flats is 30.75 square meter while for Sahaj flats the size is 43.54 square meter. 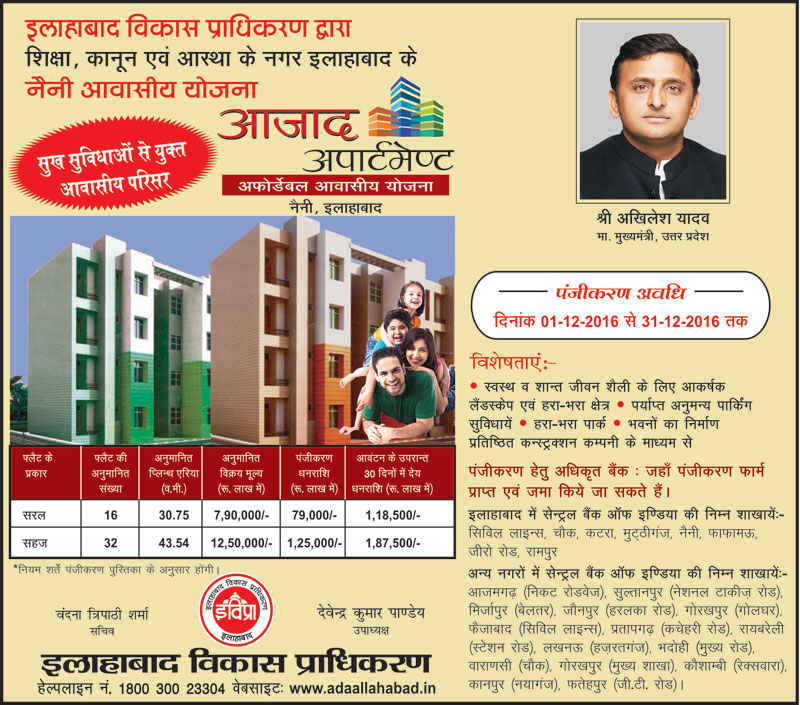