The scheme comprises 2BHK flats having a estimated area of 73.20 square meter. Housing unit is available at the estimated cost of Rs. 41.50 lakh. The scheme is also named as Parimal Vihar Multi-storey Awasiya Yojana located at Noorulla Road Allahabad.

The applications are being offered through offline mode of registration from 1 December to 31 January 2016. 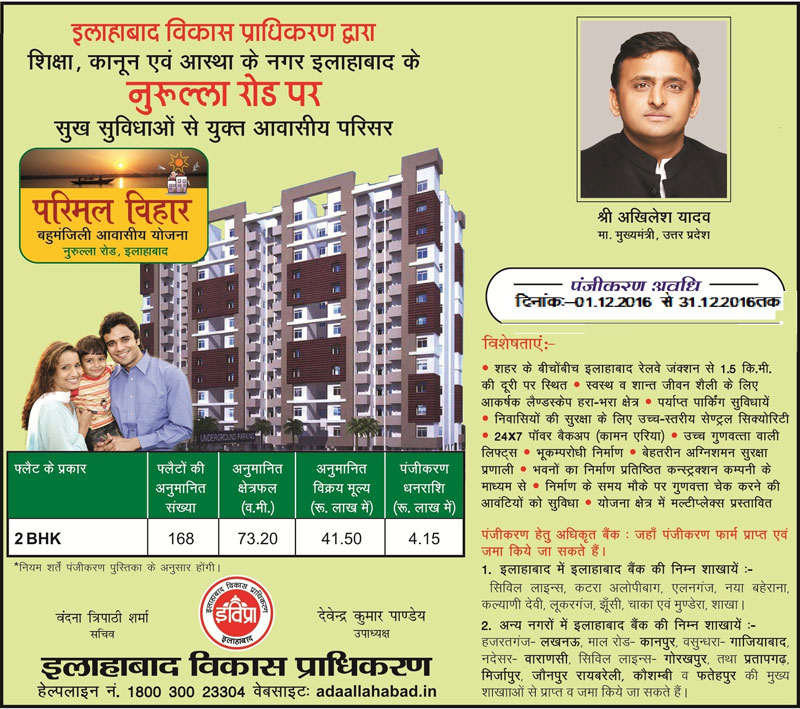